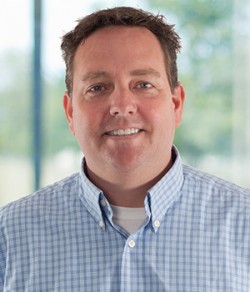 Bill Self is an Associate Professor in the Burnett School of Biomedical Sciences and also serves as the Associate Director of undergraduate education. Bill received his Bachelor of Science in Microbiology with high honors from the University of Florida in 1993, followed by his Ph.D. in 1998 in which he studied the role of molybdenum in the transcriptional regulation of genes involved in energy metabolism in Escherchia coli. He then moved on to the National Heart, Lung and Blood Institute under the guidance of Dr. Thressa C. Stadtman (NAS member) at the NIH in Bethesda, Maryland where he studied anaerobic microbiology and biochemistry to help build a solid foundation for future independent research.

Since arriving at UCF in 2003 he has continued studies of metalloenzymes from clostridia, especially Clostridium difficile, and also expanded to study newly identified catalytic antioxidant nanomaterials (cerium oxide nanoparticles) in collaboration with Dr. Sudipta Seal (NSTC). He has 73 publications including primary research articles, reviews and book chapters and this work has been highly cited in recent years (H-index of 38 with over 6000 citations). He has given 14 invited talks at national/international conferences and Universities in the past 7 years, served as a panel chair twice at international conferences and served on twelve NIH study sections and six NSF study sections since 2009. He has authored/co-authored over 110 conference presentations with mentored students and been awarded six patents (with four more still pending) since 2009. Three of the patents have recently been licensed.

Besides his extensive research and service to the profession, Dr. Self has also been heavily involved in service to UCF, including serving seven years of Senate Joint Committees and Councils and eight years as a Faculty Senator. Dr. Self also served as Chair of the Undergraduate council for two years and has served as a Provost Faculty Fellow. Bill Self currently serves in his second year as Chair of the Faculty Senate and is therefore an elected member of the UCF Board of Trustees.

He and his wife of 24 years, Marianne, also spend quite a bit of time raising their four teenage sons. They especially like spending time outdoors boating, fishing and snorkeling in southwest Florida with family and in the Keys.